Bloody, frenetic, and hilarious, Get the Hell Out is the perfect midnight movie and the ideal zombie comedy for 2020. Hsiung (Megan Lai) is a member of the Taiwanese parliament, a governmental body infamous for fistfights on the legislative floor. When Hsiung inflicts her martial arts skills on one too many people, her corrupt political rival Li (Chung-wang Wang) forces Hsiung to resign. When security guard Wang (Bruce Ho) goes viral for fighting her and wins her seat, Hsiung uses Wang’s crush on her to her advantage. Hsiung opposes the building of a chemical plant and she tries to convince Wang to fight it so that the greedy Li doesn’t push the plant’s construction through the parliament. The issue is personal for Hsiung because the plant is responsible for the destruction of her hometown…plus there’s the small issue of its toxic waste turning people into rabid zombies. 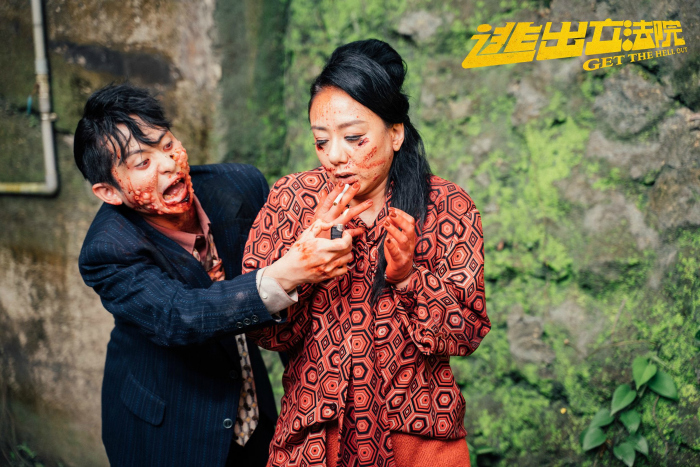 The only Taiwanese film to show at this year’s Toronto International Film Festival, Get the Hell Out is a wild mix of genres and influences, turning the zombie comedy into a biting (no pun intended) satire of political and media culture. The ubiquitous tabloid journalists never stop filming or photographing or shouting inane questions for a second, even as they’re fighting off ravenous zombies on the parliament floor. The MPs care only about money, power, and fame; they take every opportunity to politicize and profit off of a potential cure even in the middle of the bloody attack. And believe me, this film is bloody. Arterial spray coats every actor’s face and clothing, hilariously spurting like a garden hose out of each dispatched victim’s neck.

Neon and kinetic, Get the Hell Out combines video game effects, ironically cheesy filters and slo-mo shots, and wacky physical comedy to synthesize pure cinematic adrenaline. The film is set in the present day (with a minor plot detail about liquid droplets spreading the zombie pandemic that will hit a little harder right now), complete with memes and tweets that pop up onscreen, but the costuming and music cues are straight ’70s camp. Leisure suits, fight scenes set to funk and disco tracks, and the occasional Spaghetti Western stand-off punctuate this gonzo horror-comedy and give it an exhilarating disorientation that feels timeless. 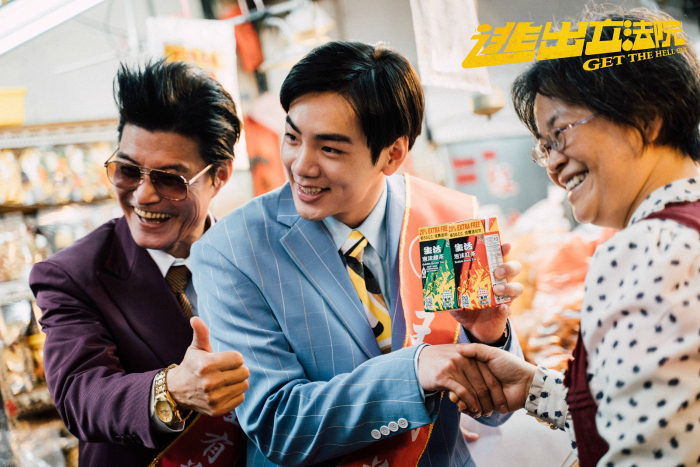 The cast is uniformly fantastic, with He Hsuan-Lin as replacement security guard Ku stealing most of his scenes with hilarious physical comedy in the background. The film rarely stops to catch its breath, but when it does it lands some surprisingly touching emotional beats. Still, the film’s biggest strength is in its boundless humor and energy. The editing occasionally feels like a music video, and director I-Fan Wang breaks the fourth wall repeatedly with fake product placements and karaoke interludes to keep the rambunctious humor at a boiling point.

Get the Hell Out is I-Fan Wang’s debut feature, and it is an exceptional one. The film shows a confident command of humor, pacing, and character. It is smart, gory, hilarious, and gleefully chaotic. With its sharp satire, impeccable physical comedy, and countless gallons of fake blood, Get the Hell Out is the perfect zombie film for 2020.