Texas Frightmare Weekend is a wrap, fiends, and it was everything I had hoped it would be. I have a few stories to tell and pictures to share, and then we will get back to our regularly scheduled programming.

I took my Suspiria group photo on Friday night. While I was waiting in line to take the photo, Wilford Brimley — decked out in a cowboy hat and suspenders (and other clothes too, this isn’t that kind of con) — passed by me in his scooter. One of the people working the photo sessions asked him, “Are you here for Danny Lloyd?” I traded “Oh shit” looks with some other people in line and waited for Wilford’s response. Bless his cranky self, he did not disappoint. He said in the gruffest voice imaginable, “I don’t know what I’m here for. I’m here for ten minutes,” and then scooted off, as we told the employee who he was.

When I got into the room for the Suspiria picture, Udo Kier was dancing to “Enter Sandman.” He danced up to me, touched my arm, and pointed at Stefania Casini, who appeared with him in Blood for Dracula. He said, “Can you imagine? Forty years ago, I was biting her. I was the vampire and she was the victim.” Then he danced back to his seat so we could take the photo. I don’t have kids, so I won’t have any grandchildren to tell stories to; instead, I will tell that story to random people on the street for the rest of my life.

The Suspiria panel was fantastic. The full video is on TFW’s Facebook page — I highly recommend that you watch it. At one point, Argento mentions meeting real witches, but I need to watch the video because I didn’t catch everything he said on that subject. These were a few of my favorite insights:

I’ve posted most of my photos in my Friday and Saturday/Sunday posts, but I have a few fun ones left that I want to share here.

The TFW guy taking pictures for the Soskas is my new best friend, because in addition to the posed photo he took, he also got some photos of us while we were talking. 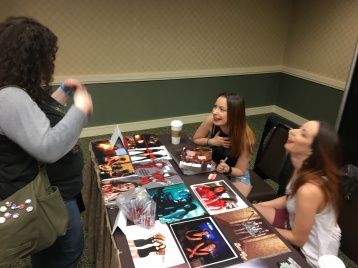 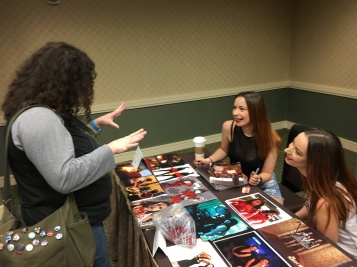 I talk with my hands a lot, especially when I’m excited, so I look like an air traffic controller in all of these pictures.

I also got photo-bombed when I took a picture with Rick Hearst, and it’s one of my favorite pictures.

Now for the loot. I wanted to go full-on Super Toy Run on pretty much all of the vendor tables, but I managed to restrain myself somewhat. Half of the stuff I bought is related to either Suspiria or Halloween III, which is pretty much my standard M.O. 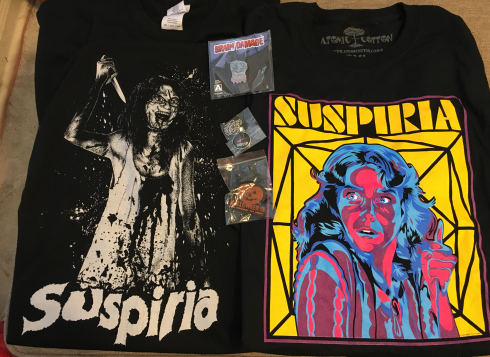 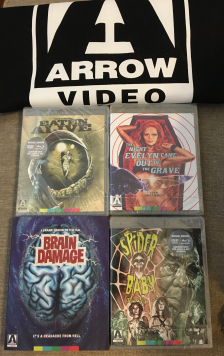 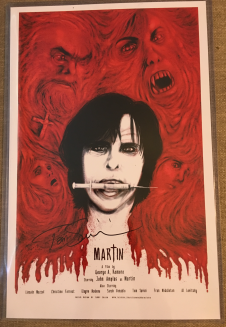 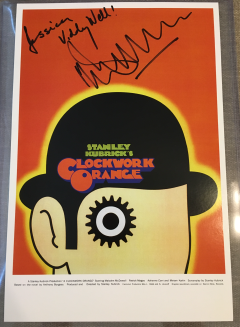 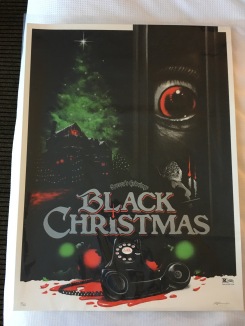 Not pictured: two glow-in-the-dark Halloween III posters, because I am an adult.

I had the time of my life, and I fully intend to go to every Texas Frightmare Weekend from here on out. If you’re considering going to TFW for the first time, I have a few tips listed below. This will also serve as a reminder to myself for next year, because I will probably forget a lot of these by then.

How was your TFW experience? Any tips or fun stories you want to tell? Let me know in the comments!